The Letter of Paul to the Americans is a message written, in the spirit of the apostle Paul, specifically to instruct and admonish Christian communities in America and, by extension, America as a people and as a nation.

In Chapter One, “The Creator’s Love Story with Humanity,” Paul describes the magnificent love story between God the Creator and humanity in a manner that far exceeds our common knowledge about the origin and purpose of human existence. The Creator, Paul professes, has graciously offered to share his divinity with his entire creation.

In Chapter Two, “Paul’s Encounter with the Creator and Christ,” Paul provides a moving personal witness to the sacred character of his life’s journey, as he transformed from a zealous opponent of Christianity to an advocate and apostle of the same.

Chapter Four, “America – Rejecting the Creator’s Plans,” sadly reveals the evil plans by the Father of all Lies, Satan, to guide America and the American people into rejecting the Creator’s loving gift of life. Paul is concerned that America may recklessly advance these Satanic lies and forfeit the Creator’s perpetual protection and blessing it enjoys as a country by its acceptance of abortion on a broader scale.

In Chapter Five, “Christians – Don’t Lose Your Crowns!” Paul extends his instructions, more convincingly, by addressing the nature of Christian identity, which Christ won for humankind, as the mark of new life in Him. The message is a positive attempt by Paul to uplift his fellow Christians by reminding all that our lives are destined for heaven; we are temples of the Holy Spirit, despite our flawed nature. The message is wonderfully presented.

In Chapter Six, “Healing and Glory (Revisited),” Paul preaches the Creator’s love for everyone, and especially, those who participated in abortion in any form or manner. Paul stresses the forgiveness and mercy of divine love. All may be availed of the healing mercy of Jesus Christ.

Finally, in Chapter Seven, “Christian Ministry,” Paul emphasizes the critical importance of ministering to a world that is willing to accept abortion under some or, for that matter, any circumstances. Many feel justified when difficult pregnancies arise. The apostle presents his pastoral views on these difficult situations. 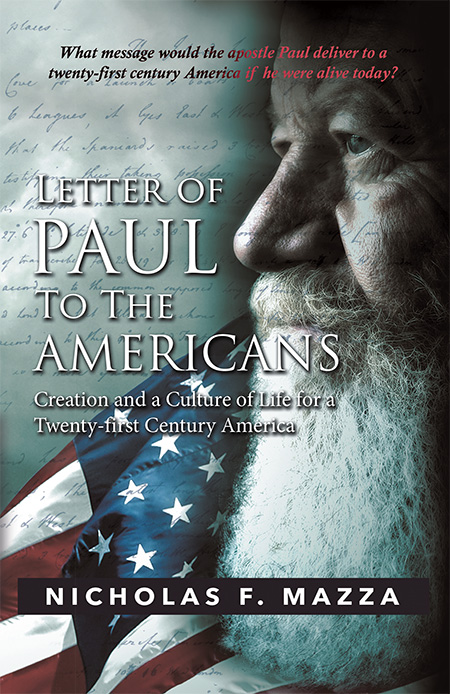